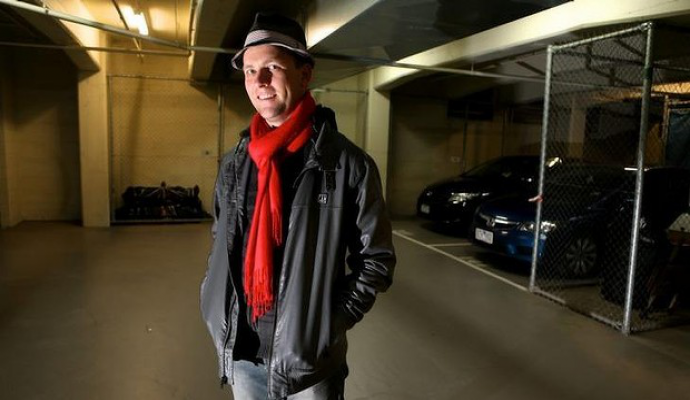 Craig Lambie rents his space for $300 a month.

Fifty-thousand dollars won’t get you much if you're buying a house in Melbourne, but it might if it's parked in the right place.

The latest data from findacarpark.com.au shows the average car park in Melbourne costs just over $50,000 with an average rental yield of 8 per cent.

In comparison, the median gross rental yield for houses in Melbourne was just 4.3 per cent, according to March quarter figures from Fairfax-owned Australian Property Monitors.

Managing director of Findacarpark Francis Armstrong said prices for car parks - ranging from $35,000 to $60,000 in Melbourne - had more than doubled in the past decade.

The data also shows Collins Street was the most searched street on the website in the past six months, followed by St Kilda Road and Bourke Street.

“St Kilda Road is so accessible from all the inner-city suburbs including Toorak, South Yarra and St Kilda,” he said.

Location is a key factor in the pricing of car parks, but so is the security; whether it is lockable or in a strata apartment building.

Mr Armstrong said apartment developers were increasingly issuing car spaces with a separate title to give them more flexibility.

“Now [developers] realise they can negotiate it as an item,” he said. “If they sold an apartment and someone doesn’t want a car park…they can sell that car park to someone else.”

Investors and homeowners without a car are also renting out their empty space to generate additional income.

Craig Lambie, 35, is renting out his apartment in Little Bourke Street separately to the attached car park, and is earning a cool $300 a month for the space.

He said his tenants ranged from young professionals to convenience shop owners.

“I lived in the city and I didn’t have a car so I rented it out for a profit,” he said. “It’s more of an investment choice now because I've moved out of the city.”

“A lot more people are coming into the city to shop,” she said. “At the same time, we’re not really getting any dramatic increases in the number of car parks in the city.”

She said the national trend of converting multi-level car park sites, located mainly in the CBD, into other uses - primarily offices and residential - was also driving the demand.

The number of commercial parking spaces in the CBD has dropped 8 per cent in the past six years to just under 30,000, City of Melbourne data shows.

Between 2006 and 2012, the total number of commercial spaces in the City of Melbourne (which includes Docklands, Southbank and Parkville) increased just 6 per cent to 70,350.

But buying a car park, both privately owned and commercial, like any investment, comes with risks.

“Without a shadow of a doubt, buying a residential strata title unit would be a much safer investment than buying several car spaces,” he said.

“There’s going to be more demand for a shelter or a home than there would be for car spaces.”